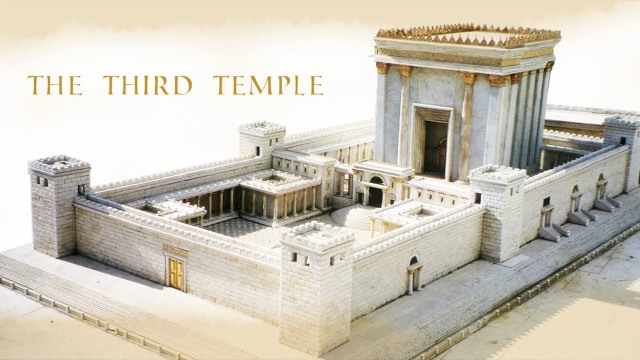 In the previous two blog we talked about the obstacles presented by the Muslims, the unbelievers, and the question of who will build the Temple. Here are three more obstacles.

Knowing the exact location for the Temple

It is a well-known fact that when the Third Temple is built the Holy of Holies must be located on exactly the same spot as the Holy of Holies in the previous two temples. But there is a real uncertainty as to where that location is; and this is why most Orthodox scholars are backing away from building the Temple. They just don’t want to get it wrong and pay the consequence for it. They would rather wait for the Messiah to come and build the Temple.

But that doesn’t give us much help. As I see it, there is only one way to know for sure where this location is. They must excavate. Of course the Muslims will never allow it. But somehow, I think, one way or another, this is what they will end up doing.

The ashes of a red heifer was commanded by God and used to purify the Jewish priests for Temple service during the time of the Tabernacle and the two former Temples (Nu. 19:1-10). However, since the destruction of the second Temple, there has not been a red heifer in Israel.

But recently, since hope has been revived for a Third Temple, the need for a red heifer is paramount for the spiritual cleansing of priests who will be serving in the Temple. Thanks to Jewish ingenuity there is great hope for the breeding of red heifers. According to an article in the Jewish Voice, Rabbi Richman has been heading up a project to restore the red heifer. He and other rabbis have been partnering with an Israeli cattleman and are using a technique of implanting frozen embryos of Red Angus cattle into Israeli domestic cattle.33 As far as we know, it seems to be working—but time will tell.

Finding the Ark of the Covenant

The Ark of the Covenant has been missing for so long—since about 590 B.C., when the Babylonians destroyed Solomon’s Temple. As I have already written, Rabbi Shlomo Gordon claims to have found the Ark, but there has been no attempt to retrieve it because of the Muslims.

Apparently, since the Second Temple lacked the Ark, it is not absolutely necessary to obtain it; however, the Jews of the Temple Institute are hopeful in finding it; and if it is not found they will regard it as a great obstacle to the world’s spirituality.

My guess is that, if it is really where Rabbi Gordon says it is, it will most likely be retrieved by the authority of the Antichrist just before the Temple is put in service. I can imagine all the rejoicing to see this long lost vessel.

33 Dr. Randall Price, “Update On the Building of the Third Temple.”

I'm an author, a self publisher, and a painting contractor. I live in beautiful Minnesota, USA . Welcome to my blog site.
View all posts by Stephen Nielsen →
This entry was posted in After the rapture, Indicators of His Coming, Prophecy Topics, Rapture, The Antichrist, The Tribulation, Third Temple and tagged finding a red heifer, finding the ark of the covenant, location of the temple, Rabbi Richman, red heifer, Temple mount, the ark of the covenant. Bookmark the permalink.